Experiences on The Spiritual Path – Dineshanand 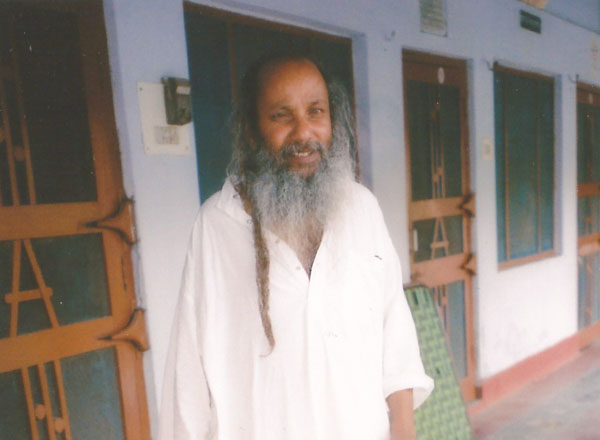 Dineshanand was an awakened being who had spent most of his life in deep Himalayas. He was mostly unknown and had only a few people around him. He had spent many years in Gangotri (The place from where the river Ganga originates. It is located in the Himalayas, at a height of approx. 10,000 feet). He didn’t have many belongings, wore very simple white clothes and always had a childlike simplicity and innocence about him.

In 2003, I was living in Uttarkashi in an Ashram. Uttarkashi is a beautiful quaint town, deep in the Himalayas. I was searching for awakened masters and wise ones who could help me on my spiritual journey. One day I was sitting in a wayside tea stall and talking to the locals. One of the locals told me about Dineshanand and advised me to meet him.

Dineshanand had left Gangotri and was living in Malla. Malla is a small village, around 25 kms from Uttarkashi. His small ashram was on the banks of the Ganges. To reach the ashram you had to walk a kilometer down from the main village road, towards the river. It was a beautiful serene place, surrounded by mountains and forests on all sides, with the river streaming down by its side.

When I first saw him, he was sitting in a chair wearing a white dhoti (a traditional Indian garment used for covering the lower part of the body). He was around 65, his beard and hair were all white, his face calm and tranquil. I bowed respectfully to him and immediately asked, “How do I find the truth?”

He had a very hearty laugh.

“You remind me of a very drunk man who is sitting right inside in his own house and asking everyone else to show him the way to his house”, he said.

“What do you mean? I asked, perplexed.

“You are the truth, everything around you is the truth. How can I show you the way to yourself?”

Though I didn’t understand the full meaning behind his words, I could sense the immense wisdom in them. He then asked me if I was hungry. I did not want to inconvenience him, so I said no.

“We have made some lovely stuffed roti (Indian bread). I’m sure you’ll like it.”

Without waiting for my answer he called his disciple, a young man of around 25 years of age. He came in and very respectfully and gracefully bowed to him.

“Get some stuffed rotis for him.” Dineshanand asked him. His voice wasn’t commanding, but full of joy and love.

I still vividly remember sitting there and enjoying the simple rotis. Sitting in the ashram deep in the Himalayas, in the presence of an awakened being, everything seemed infused with divinity. I felt an overpowering peace spread through my mind and silence enveloped me completely. For those few moments, I just sat there beholding eternity. 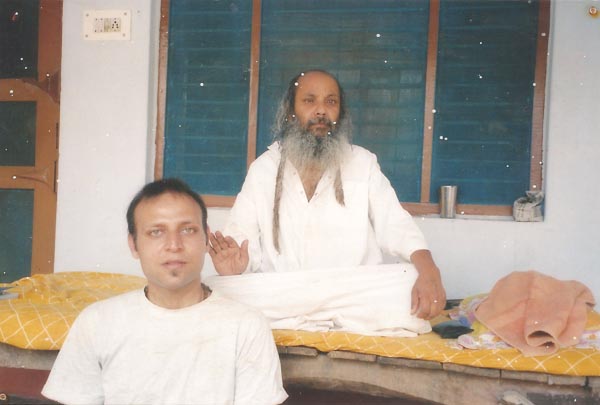 After what seemed like an eternity I looked at him and he smiled back at me. After I finished my meal, he asked me if I had any questions. I shared my immense love for my guru with him and asked him when I would have a vision of my beloved guru.

“It is a delusion to think that the guru is a body. Imagine a balloon full of air. If you let out the air from the balloon, it mixes with the air in the atmosphere.  The air becomes universal; you can’t say which part of the atmosphere contains the air from the balloon. In the same way your guru is not an individual. He is the totality, without form and you should always think of him like that. If you keep pining for him and crying for him, you are in deep delusion. This is not the path. The path is to transcend not only your Guru’s individuality, but also your own. Then where is the Guru? Where are you?”

To be honest, his words upset me a little. In one fell swoop he not only dismissed my deep love for my Guru, but he called it a delusion. Even though I couldn’t accept the reality of his words at that moment, something inside me knew they came from a place of deep wisdom.

While staying in Uttarkashi,I visited him a couple of times, and every time I felt a deep sense of timelessness in his presence. I came back to Mumbai and couldn’t make a trip to the Himalayas for the next few years. Then in 2006, I decided to visit Dineshanand again. By now, he had come down from Malla to Haridwar, which is a small town at the foothills of the Himalayas. His health was giving away and the Himalayan cold was too much for his body.

When I met him again, he instantly recognized me, and this time he was the first to ask me a question-

“Are you still crying for your Guru?”

That was his opening salvo! I smiled and bowed down to him. He still radiated the same innocence and stillness. My mind fell so utterly silent that I couldn’t reply to his question.  I just stood there enveloped in the timelessness of my own being.

I spent a month with him and those were the most joyful times in my long and painful spiritual journey. As usual, there were just a handful of people around him, so I had full access to him and could soak up his presence and wisdom to my heart’s content.

One memorable morning, Dineshanand said to me “Let’s organize a party today evening”

A party? I was surprised by his words.

“We will make some vegetable pakoras( fritters/bhajji) for all those who come for the evening satsang. After the meditation, we all can enjoy hot tasty pakoras with some tea. I think that would be a great party. What do you say?”

I nodded and said yes, though his definition of a party was completely different from the parties I had experienced in Bollywood.

“Can you please get the ingredients for making the Pakoras?” He asked me lovingly.

I respectfully said yes. This was the first time he had asked me to do something for him. I was quite excited to be carrying out his wish. I bought some flour, oil and some vegetables for the pakoras. I remember they all cost me just Rs 175( $3).

In the evening, after the meditation, we all were served hot pakoras with some lovely Himalayan tea. That was the best party of my life! In that simple setting and with only one dish as our main course, we had so much fun that it would put the most lavish party to shame. There was joy, there was laughter, and there was sacredness. For the whole time, my mind and body was in incredible bliss.

And the pakoras tasted heavenly. As I sipped on the tea, I thought to myself, I have been to parties where there were more than 50 dishes and still people complained about the food. They were stressed, miserable and unhappy. But here, even in the simplest of conditions, the mind found joy, bliss and peace. How different the material and spiritual worlds were. A peaceful mind can find joy in the simplest of life situation. But a mind, full of “I” cannot be satisfied even if it possessed the whole universe.

After a month of bliss and stillness I came back to Mumbai, but my mind was with Dineshanand. So after 3 months, I went to Haridwar again to be with him. After spending a few weeks with him, I wanted to go deeper into the Himalayas to meditate, to a place called Badrinath, which was situated at 10,500 feet. When I told him of my plan to go to Badrinath, he said-

“You can go there to see the beauty of the place. But if you think you will find what you are looking for there, you are mistaken. The pure consciousness that you seek is here as well as there. If you can’t find it here, I doubt you will find it in Badrinath. Why do you want to tire the body? But if you feel like traveling and like natural places, you can definitely go. Just don’t be in the illusion that you are going to get the truth there.”

Another whack to my concepts! I could not argue with his wisdom, but still believed that meditating deep in the Himalayas will do me good. So I went to Badrinath for a few days, and then came back and spent some more time with him, then headed back home.

A couple of months after I came back to Mumbai, Dineshanand fell sick (it was the first week of December, 2006). I was quite worried about him and one night, I dreamt that I was with him. His eyes were shining like two orbs of resplendent lights. Then he got up and slowly walked up to a funeral pyre and sat on it. He slowly closed his eyes, with the words- “I am forever there with you.”

I woke up from the dream, crying. The thought of him not being around was devastatingly painful. As soon as it was morning, I called him. I told him about the dream, sobbing all the while. As usual he laughed and said-

“It was just a dream. Why are you worried about it? Investigate to who the dream appears. Do you think this the waking state is itself real? It is just a dream within a dream.“

A day after the phone call, I received the news of his death. For two days and night I cried continuously, my heart overcome with grief. I didn’t go for the last Darshan, I didn’t have the mental strength to look at his lifeless body. On the third day, in the afternoon, I was looking gloomily at his picture with tears streaming down my cheeks. I suddenly remembered what he had said to me in Uttarkashi, when I first met him.

“It is a delusion to think that the guru is a body. Your guru is not an individual. He is a totality you should always think of him like that.”

Like lightening the words spread to the very core of my being and the insight behind his words finally revealed itself to me. My consciousness started expanding, filling the entire room, then expanding more to fill the skies. In that timeless being, the universal source of all, everything dissolved. Dineshanand was a sparkling light which had finally dissolved in that very universal consciousness. That consciousness was me, was him and was everything. And out of that infinite immensity, his words echoed- “I am forever there with you.” He was that infinite consciousness, which was never apart from me.

3 thoughts on “Experiences on The Spiritual Path – Dineshanand”

Melbourne Time – Every Thursday, 6pm to 7pm Use this Skype Link to join the group.

Spiritual Talks on Consciousness & Awareness. Meet and connect with others on the spiritual path.

Check the events page for the next satsang details.