The Mosquito Dilemma – Is Compassion Always the Right Choice?

Note- I wrote this in 2011, when I was still seeking and trying to make sense of various paths and teachings.

What should I do if a mosquito comes to bite me? If I kill the mosquito, I am departing from the central tenet of non-violence. If I don’t kill it, I’ll have to bear the stinging pain (which isn’t much of a problem). The problem is that my non vi 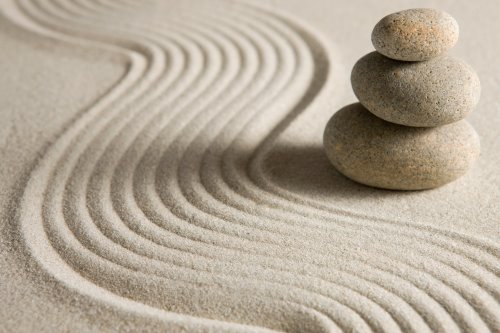 olence could kill someone else. The mosquito might spread deadly diseases, causing death of an innocent people. Around 1 million people die yearly due to mosquito borne diseases.

I haven’t killed any mosquitoes in the last 20 years. The way I deal with them might sound crazy. Whenever I see mosquitoes in my room, I catch and release them. There is a gentle way of doing it. You catch them in the hollow of your closed fist and then release it outside the room. My mom taught it to me.

As a child, I always saw my mom gently “catch” the mosquitoes and release it outside. As a child, I always argued with her, saying that we have the right to protect ourselves from any living being which causes suffering. It was after I started meditating that I realized that what my mom did was showing supreme compassion to all beings.

This supreme compassion is all right for the mosquitoes and off it goes, looking to feast on someone else’s blood. But if the mosquito is infected with dengue or malaria and bites someone who dies because of it, would I be responsible for the death?

Either ways, one sentient being dies.

There are stories of enlightened masters who protected animals at their own peril. That is fine, as the animal would harm them only, but it gets complicated when the animal has the potential to kill someone else as well. What if the snake I show compassion to, bites my wife. Will that be moral? On the other hand, I can’t bring myself to harm it in any way, my heart is too weak for that.

Each of our actions, whether compassionate or cruel, does have a butterfly effect and starts a chain of reactions which can be lead to more suffering and pain. Is absolute compassion and non-violence a virtue? Should I gently catch and release the mosquito which is trying to suck my blood or even infect me? Or should I be merciless and just kill it? What about the cockroaches which sneak in the kitchen at night, the spiders, scorpions and wasps?

As I write this, I can see a mosquito sitting on my desk. For now, it eyes me suspiciously. We both are unsure of what my next step would be. I move my head a little and it takes flight.

Melbourne Time – Every Thursday, 6:30pm to 7:30pm Use this Skype Link to join the group.

Due to Covid, all Spiritual talks are now held via Zoom. The talks are held on alternate Sundays, 3:30-4:30 pm Melbourne time.